A promising athlete has avoided a custodial sentence for taking part in an attempted hi-jacking of a taxi driver who suffered a black-out when he was choked during a robbery in Dublin.

The 17-year-old boy, who cannot be named because he is a minor, appeared again for a sentence hearing at the Dublin Children’s Court, which imposed a 12-month probation supervisory bond.

He pleaded guilty to robbery and intimidating the driver so he could unlawfully exercise control over his car, at Swift Alley on the night of December 4, 2017. Defence solicitor Brian Keenan said it was not alleged the teenager was the person who choked the driver.

A probation report and a victim impact statement were furnished to the court.

The teenager “gave no reply” when he was charged, Det Garda Sarah Keogh had told the court.

Det Garda Keogh said the boy and two other youths and flagged the taxi down at Harcourt Street.

They directed the driver to Swift Alley where was punched a number of times.

It was alleged the boy sat in the rear passenger seat with another youth.

The court heard the taxi man was “choked from behind by a rear seat passenger until he blacked out”.

When he came around he managed to get out of the car and was further assaulted, she said.

The taxi driver was locked outside, however, it was a keyless car and they could not get it moving. The man was taken to hospital after he presented at Kevin Street garda station.

A phone, cash and a dash-cam were taken from the car and the teen and two accomplices fled.

Defence solicitor Brian Keenan said it was not alleged the teenager was the person who choked the driver.

The boy, who was accompanied to court by his mother, had been given probation twice before for breach of the peace and theft.

Garda Keogh said when the teenager was questioned made admissions but claimed he had a nose bleed at the time and could not see some of what was happening.

Mr Keenan, pleading for leniency, said the teen had been under the influence of drink and drugs at the time.

However, he has completed an addiction treatment programme and wished to convey his apology for the terrifying incident, the solicitor said. The court also heard the boy had not been arrested in a number of months.

The court heard the teenager was gifted at sports and there was the possibility of a scholarship to a US college.

The taxi driver suffered an economic loss of €1,250 and he noted the impact of the experience and its serious consequences for the victim.

In the pre-sentence probation report the teenager had failed to take responsibility for his role in the robbery even though he had pleaded guilty.

He noted the teen had engaged well with an addiction counselling service and that the offence was committed while under the influence of substances.

He also noted the educational opportunity the boy could obtain through a scholarship. Detention was to be used as a last resort and there should be an educational and rehabilitation element in dealing with juvenile cases according to legislation, the judge said.

Sparing him a custodial sentence, he imposed a 12-month probation bond meaning the teen must continue to be supervised by the Probation Service and accept its guidance for the next year.

He must also not re-offend during that period otherwise the case could be re-entered and a more serious penalty, including custody, imposed.

A second youth has been given a nine-month custodial sentence for his involvement in the attempted hi-jacking. 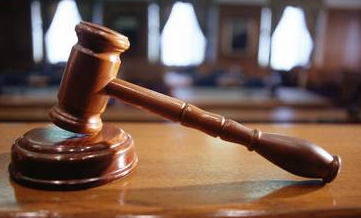